Cesc Fabregas is confident Chelsea can kickstart their Barclays Premier League title defence with victory against his former club Arsenal on Sunday.

Spain midfielder Fabregas and champions Chelsea have suffered back-to-back league defeats to Crystal Palace and Everton, meaning they have taken just four points from five matches this season, equalling the record for the worst start from defending BPL champions.

But Fabregas set up Diego Costa’s goal before scoring the fourth himself in the 4-0 UEFA Champions League win over Maccabi Tel Aviv on Wednesday, and the former Barcelona man is relishing the chance to arrest Chelsea’s dip in domestic form when they meet the Gunners.

“My confidence is always high, that is not a problem, but sometimes things don’t go well for you for many reasons,” he said.

“We didn’t start the season well and when you see Chelsea so far down the table you have to check twice to make sure this is happening. We have a big game again on Saturday so we must not rest.

“We have to win. It is a London derby, we know Arsenal are a quality team, they play top football and it will be tough but we want to win.”

Arsenal, meanwhile, will want to pick up where they left off in the Barclays Premier League after their 2-1 Champions League defeat to Dinamo Zagreb, which also saw Olivier Giroud sent off.

Arsene Wenger made six changes to the starting line-up that comfortably beat Stoke City last week when they faced Zagreb in Croatia, but midfielder Mikel Arteta said squad rotation is not to blame for the defeat.

“We had the chances but we didn’t take them,” he said. “The manager tried to create the best balance for the game but we didn’t make the most of it.”

Chelsea have a number of injury concerns ahead of Saturday, with Jose Mourinho ruling out Willian after he was forced off with a hamstring problem against Maccabi.

Pedro (thigh) and Thibaut Courtois (knee) are also out, while Radamel Falcao (also knee) is a doubt.

Arsenal are still without Jack Wilshere (leg), Tomas Rosicky and Danny Welbeck (both knee), but Theo Walcott will be vying for a starting spot up-front after scoring as a substitute against Zagreb.

Per Mertesacker could also return to action, having begun training again after being sidelined through illness.

Chelsea carry an impressive record heading into Saturday’s match, having won four and drawn three of their last seven league meetings with Arsenal.

But Wenger sealed his first win in 14 attempts over Mourinho in last month’s 1-0 FA Community Shield victory at Wembley Stadium.

Match Facts
Chelsea are unbeaten against Arsenal in their last seven Barclays Premier League matches (W4 D3).
Arsenal manager Arsene Wenger secured his first win over Jose Mourinho in the Community Shield at the 14th attempt in all competitions (D6 L7).
Jose Mourinho has never lost successive league home matches as a manager. His last home BPL match was a 2-1 defeat to Crystal Palace.
Chelsea have kept five clean sheets in their last seven league matches against Arsenal, including the last four in a row. 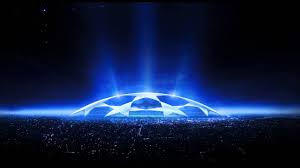