This is a testing period for West Brom. They have already secured their top flight status but are at risk of being one of those sides that now have little motivation and finish the campaign terribly.

They have lost each of their last two matches without even scoring and things don’t get much easier with a trip to Manchester United following this match.

Arsenal are into the FA Cup semi final and must now try and consolidate a spot in the top four. They start the weekend five points adrift of fourth place Liverpool but Arsene Wenger’s side do have two games in hand.

The Gunners have actually only managed to win one of their last four matches against West Brom in regular time and aren’t in particularly great shape even after thrashing Lincoln last time out. Naija and Bet

West Bromwich Albion – Matt Phillips is still an injury concern for West Brom ahead of Saturday’s match against Arsenal, while an ankle injury picked up in the week means James Morrison may miss out as well.

Manchester United earned a 1-1 draw in terrible conditions in the reverse leg back in Russia and are favorites to progress here.

Rostov are unbeaten in their last seven competitive matches, although picking up results away from home has proven extremely hard.

The Russian outfit have only won two competitive matches on the road all season and elimination from the Europa League is expected on Thursday night.

Manchester United – Jose Mourinho will recall on the services of Zlatan Ibrahimovic on Thursday after the Manchester United No.9 missed Monday’s defeat to Chelsea in the FA Cup through suspension.

Anthony Martial and Wayne Rooney are both ruled out again after failing to overcome injuries that saw the duo miss Monday’s trip to Stamford Bridge. Naija and Bet

Monaco fell to a 5-3 loss in Manchester in the reverse leg, but with three away goals to their name, will be confident of overturning the deficit. The French side come into the clash in good form having won their last four competitive outings.

Manchester City are now unbeaten in their last 11 competitive showings, winning eight. A 2-0 win at Middlesbrough secured their place in the next round of the FA Cup, though the trip to Monaco will be a tough proposition for Pep Guardiola’s side.

After a hugely entertaining affair at the Etihad Stadium, a similar match-up could be on the cards. Naija and Bet

Monaco – Kamil Glik is suspended for the hosts, though Jemerson is available and should start alongside Andrea Raggi.

Boschilia and Guido Carrillo are both ruled out for Monaco, who are otherwise at full strength.

Joao Moutinho is pushing for a start, though may be forced to start on the bench, with Tiemoue Bakayoko and Fabinho currently Leonardo Jardim’s first choice midfield pairing.

Manchester City – Vincent Kompany is a fitness doubt for Manchester City, while Gabriel Jesus and Ilkay Gundogan are ruled out for the visitors.

Pep Guardiola could deploy a more defensive formation, with Kevin De Bruyne possibly dropping to the bench with Fernandinho partnering Yaya Toure in a 4-2-3-1 formation.

There have been over 2.5 goals scored in Monaco’s last 4 Champions League games.

Everton’s nine-match unbeaten run came to an abrupt end at Tottenham last week and they will be looking to return to winning ways as quickly as possible. They have failed to win their last three home league meetings against the Baggies and have won just two of the last five Premier League welcomes of West Brom.

Defeat to Crystal Palace at the weekend saw West Brom’s five-game unbeaten run come to an end. Tony Pulis will demand an immediate response, but they have failed to win their last three away league games and have secured maximum points on the road on just three occasions this term, all by a one-goal margin.

Pulis may have to make do with back-to-back losses, with Everton expected to make it five successive home league wins.

Everton remain without injured duo Yannick Bolasie and Muhamed Besic, though have no further concerns.

Ronald Koeman could name an unchanged side to the one that fell to a 3-2 loss at Tottenham last weekend.

Roma have lost three of their last four matches in all competitions and their surprise 2-1 defeat at home to Napoli at the weekend would have knocked confidence.

Lyon, on the contrary, have been scoring goals for fun of late. They have scored 25 goals in their last five matches in all competitions, although they were held 1-1 by Bordeaux at the weekend.

Roma have won five of their nine matches against French sides in the past and have only lost one.

This is an evenly poised fixture which could be hinge on the performances of Alexandre Lacazette for Lyon or Edin Dzeko for Roma.

Lyon – Maciej Rybus was left out of the squad that drew with Bordeaux at the weekend, but it remains to be seen whether this decision was taken to have the defender ready for Thursday. Predict today’s Matches on NaijaBet.com

Bruno Génésio has no concerns ahead of Thursday’s welcome of Roma.

Rostov have lost only once in their last seven European home games and even beat Bayern Munich in the Champions League group stages at the start of the season.

The Russian side warmed up for this fixture with a 6-0 win against Tom Tomsk.

Manchester United have kept four successive clean sheets in the Europa League, only Napoli have ever managed five in a row.

United have drawn six of their nine meetings with Russian sides in the past and a tough game is expected here. Naija and Bet

FC Rostov – First choice goalkeeper Soslan Dzhanaev has not featured since December and could miss out on Thursday.

No unexpected changes are expected from the Russian side.

Manchester City are now unbeaten in nine matches in all competitions and are playing some great football again following their blip in the middle of the campaign.

Stoke got back to winning ways at the weekend but their form away from home has been poor this season. The Potters have lost five of their last six away league matches and have conceded four goals to Liverpool, Chelsea and Tottenham in that run, while Arsenal also scored three.

Another comprehensive scoreline could be on the cards for City here as they look to cement their place in the top four. Predict today’s Matches and win big on NaijaBet.com

Manchester City – Kevin de Bruyne will come back into the starting XI for Wednesday’s reception of Stoke after starting their 2-0 win over Sunderland on the bench on Sunday.

Nicolas Otamendi was also given a rest at the weekend and may return to the heart of the defence here, while Pablo Zabaleta and Bacary Sagna could continue to rotate at right-back.

It remains to be seen whether David Silva or Yaya Toure will both start two games in the space of three days.

Stoke – Stoke City manager Mark Hughes could be forced into making a change at right-back after Glen Johnson suffered a slight shoulder injury in the 2-0 win over Middlesbrough on Saturday.

He could be replaced in the team by Phil Bardsley, while Hughes has also revealed Xherdan Shaqiri is fit again after more than four weeks out injured, although he may feature from the bench.

Jonathan Walters was back on the bench after more than two months out with a knee injury and could become an option here, although Saido Berahino is perhaps the first option should Hughes look to give Peter Crouch a rest.

Man City have kept a clean sheet in 6 of their last 7 home matches against Stoke in all competitions.

Man City have been winning at both half time and full time in their last 4 matches in Premier League.

Man City have won their last 4 matches in Premier League.

Man City have won 6 of their last 7 home matches against Stoke in all competitions.

There have been over 2.5 goals scored in Man City’s last 4 home games (Premier League).

Stoke have lost 5 of their last 6 away matches in Premier League.

There have been under 2.5 goals scored in 5 of Stoke’s last 6 Premier League games.

There have been over 2.5 goals scored in 5 of Stoke’s last 6 away games (Premier League).

How will this Match end?

Borussia Dortmund were unfortuante to lose the reverse leg 1-0 in Lisbon but should fancy their chances of overturning the tie on home soil on Wednesday.

They warmed up with a thumping 6-2 win over Bayer Leverkusen at the weekend and haven’t lost a competitive game at home all season.

Benfica have won each of their last seven competitive matches but four of their five defeats this season have come on the road. Their overall away record against German clubs is W2 D6 L14.

Raphaël Guerreiro and Marcel Schmelzer are a booking away from a ban in UEFA competition.

Barcelona will need to become only the fourth side to overturn 4-0 deficit in UEFA competition history and the first side to accomplish the feat since 1984/85. Luis Enrique’s side should be encouraged after putting six goals past Sporting Gijon followed up by one of their best performances of the season at the weekend when they beat Celta Vigo 5-0.

The La Liga giants are seeking a 15th straight home victory in the Champ- ions League, having won all 14 games at the Camp Nou under their current coach. They are unbeaten in 19 matches at home in the competition, a run that started in September 2013 (W18 D1).

They have also won seven of the 10 matches they have hosted against French sides at the Camp Nou.

While you can see Barcelona scoring four, it’s hard to see them keeping a clean sheet against PSG. Their failure to get an away goal in the first leg could prove their undoing on Wednesday. Naija and Bet

Barcelona – Luis Enrique has been experimenting with a back three recently and the Barcelona head coach could turn to this formation against Paris Saint-Germain in an attempt to overturn the 4-0 deficit from the first leg.

Reading remain in the top five after victory over Wolves last time out and have lost only two of their 18 home league games this season.

Visitors Newcastle are five points clear at the summit following recent wins over nearest rivals Brighton and Huddersfield and have lost only three of 18 on the road this term. NaijaBet.com

The Magpies are starting to flex their muscles at the business end of the season and can make it three huge away wins in the space of eight days.

Reading – Winger Garath McCleary missed Saturday’s win over Wolves due to knee and abdominal problems and will be checked over. 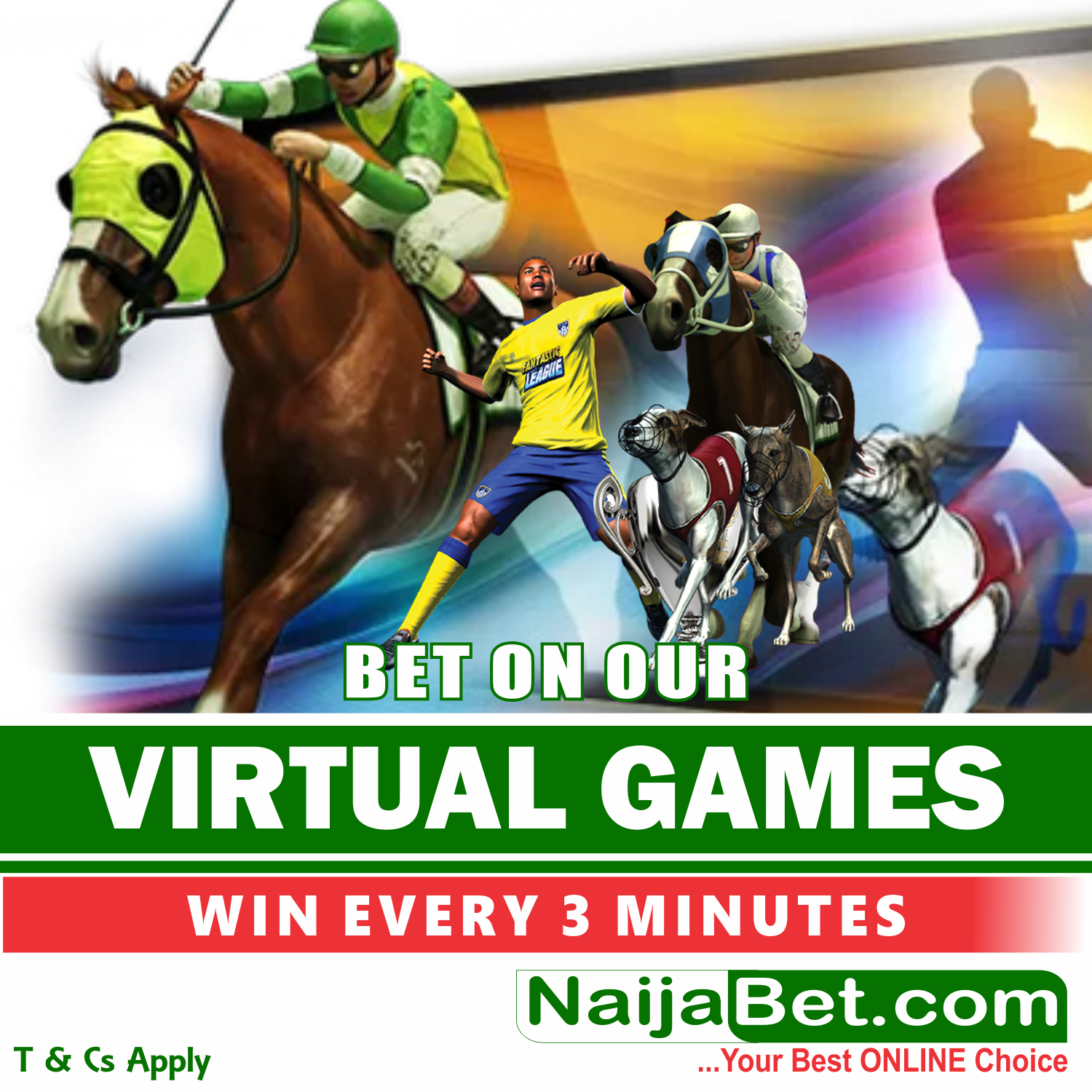