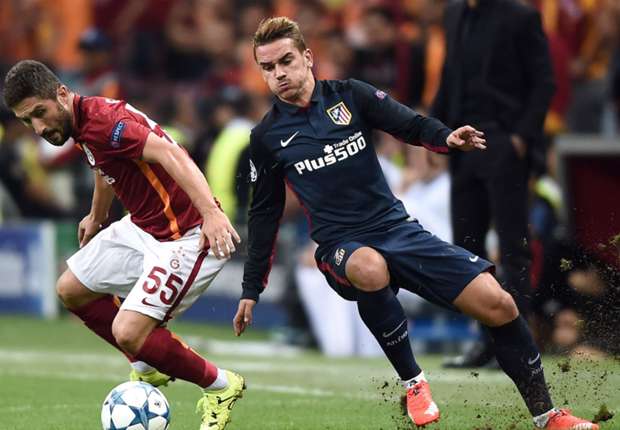 Atletico Madrid have domestic momentum on their side as they seek to gain the point they need to book a place in the Champions League’s last-16 at Galatasaray‘s expense on Wednesday.

Diego Simeone’s men extended their unbeaten run in all competitions to eight matches with a 1-0 victory against Real Betis on Sunday, as Atleti moved second in La Liga ahead of rivals Real Madrid.

Their last defeat came against Group C leaders Benfica, with Simeone’s men now requiring just a point to ensure qualification this week – likely alongside the Primeira Liga side.

Simeone has doubts over the fitness of Jackson Martinez (ankle) but will be confident his side can gain at least the point necessary to ensure a top-two finish, having seen Juanfran return to training following a groin problem.

Gala – who have caretaker manager Claudio Taffarel in charge following Hamza Hamzaoglu’s exit last week – need a win to have any hope of progression, but Atleti’s weekend match-winner Koke says confidence is high at the Vicente Calderon.

“Today, we sit second [in La Liga] and with both feet on the ground,” he told reporters.

“We know that Barcelona and Madrid are one step above, but step by step, we’re getting there.

“I came from an injury and little by little I’m finding myself in my best shape. Today [Sunday] I have been able to help the team with a goal, with good work, and I hope to continue playing well.”

Taffarel’s men led three times in Istanbul only to come away with a single point and will be without suspended pair Burak Yilmaz and Selcuk Inan as they seek to avoid a repeat of their 2-0 defeat in the reverse fixture.

Hamit Altintop (knee) is also doubtful for Wednesday’s visitors and, after Mbilla Etame’s last-gasp equaliser at the weekend, Taffarel told a news conference: “We’re sorry to see [Hamzaoglu] go, but to question the decision of the management is not up to us.

“The defensive aspects of the game we did not do well. We talked in the locker room about how we improve our defensive mentality.