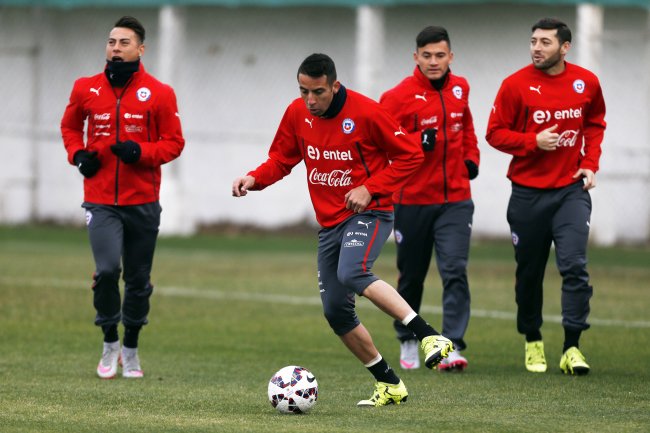 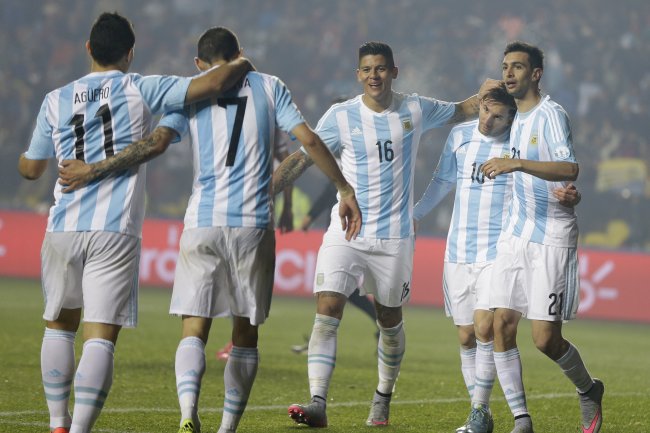 Chile will be relishing the relatively straightforward path to the Copa America final they have been handed ahead of Wednesday’s quarter-final against Uruguay.

Should La Roja defeat the Celeste – who do not look like the side who conquered the competition four years ago – then they would face Bolivia or Peru in the last four, dodging Brazil, Argentina, Colombia and Paraguay until at least the final.

Host nation Chile are the competition’s top scorers with 10 from their three games as Jorge Sampaoli’s side booked their place in the last eight by topping Group A.

Having taken four points off Ecuador and Mexico, Sampaoli’s men hammered Bolivia 5-0 to set up a quarter-final tie with a Uruguay team yet to hit such heights, claiming just four points in their group campaign.

The defending champions have only scored twice – the long-term absence of suspended striker Luis Suarez undoubtedly a contributing factor – although captain Diego Godin returns from suspension for the match in Santiago.

While Tabarez can welcome back influential skipper Godin into his back line, full-back Alvaro Pereira will serve a suspension after accumulating two yellow cards.

It is up front where Tabarez has problems, with Edinson Cavani struggling to fire in a central position. Reports suggest that the Uruguay boss could opt for a three-man defence with Cristian Rodriguez used as one of two full-backs.

The city of Santiago was shut temporarily on Monday due to smog concerns, although things have since improved in the capital, with Godin playing down any fears over the pollution.

“We saw on TV about the pollution but we have not discussed anything with the doctor,” Godin said, before turning his attentions to the pressures that Chile may face.

“Chile are favourite. They are local and want to win the title for the first time, they are with their people and have that pressure. We know it is their opportunity to earn a historic title.”

Argentina has been urged to replicate its first-half showing against Paraguay when it faces Uruguay on Tuesday.

Sergio Romero says Argentina can take positives from its Copa America opener, despite dropping points from a winning position, as the side prepares for this week’s Group B clash against Uruguay.

Gerardo Martino’s side threw away a two-goal lead in La Serena, as Nelson Valdez and Lucas Barrios scored in the final half hour to salvage a point and frustrate the World Cup finalist.

Argentina had led thanks to goals from Lionel Messi and Sergio Aguero, with both Martino and captain Messi left frustrated by their second-half collapse.

Uruguay was also unconvincing in its opener – a 1-0 win over Jamaica – but Romero says both sides will take positives from their first Copa outings.

“Uruguay will not give away anything and although they had a tough match against Jamaica, they played their game and their style,” he said. “They also have dangerous strikers such as Cebolla [Cristian Rodriguez] and Edinson Cavani.

“On Tuesday, hopefully we can play our game and if we play like we did in the first half [against Paraguay] I think it will be alright. The first half against Paraguay was not good, it was excellent. Argentina had the ball, kept it on the floor and generally played the game the coach wants.”

Defending champion Uruguay looks on course to move into the knockout stages after Rodriguez’s winner ensured the side of top spot in the group at the end of the first round of matches.

Jamaica had more than enough chances to take something from the game but failed to break down a stubborn defense well marshaled by the likes of Diego Godin and Jose Maria Gimenez.

Uruguay won the most recent instalment of this famous rivalry – a 3-2 success in qualifying for the 2014 World Cup – with Tabarez backing his side to grow into the tournament.

“We will continue to work in these few days,” Tabarez said on Sunday. “We were not at our best but that’s not the case just for us, not many teams arrive in their best form and it is widely expected that teams improve.”

The sides meet after Paraguay takes on Jamaica, with the picture of the group set to look a lot clearer after close of play on Tuesday.