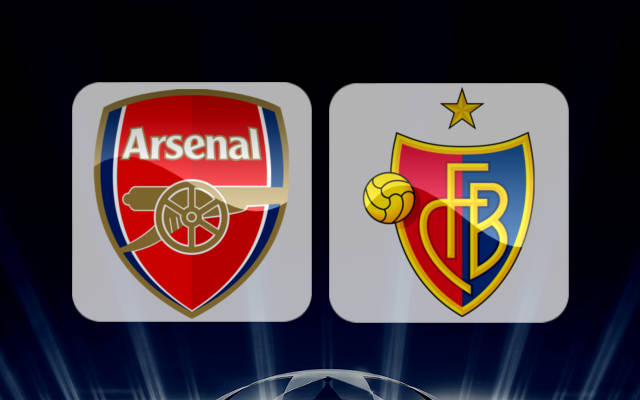 Olivier Giroud and Francis Coquelin will be unavailable for Arsenal as they welcome Basel to the Emirates in the Champions League on Wednesday evening.

The France forward is suspended after his red card in the 1-1 draw with Paris Saint-Germain, while midfielder Coquelin picked up a knee injury at the weekend and is set to be out for around three weeks.

The Gunners will be buoyed by their 3-0 victory over Chelsea in the Premier League on Saturday, but Arsene Wenger is wary of the threat Basel pose in Europe. Naijabet.com

“They have beaten everybody in England – Man United, Chelsea and Liverpool. They have strong results in Europe,” the manager said in a pre-match press conference.

The Swiss club are unbeaten in their last six games in all competitions and drew 1-1 with Ludogorets in their opening Champions League fixture a few weeks ago.

David Ospina could come back in between the sticks in place of Petr Cech, while Aaron Ramsey, Danny Welbeck, Gabriel Paulista and Per Mertesacker remain sidelined with injury.

Arsenal midfielder Granit Xhaka celebrated his 24th birthday on Tuesday and will mark it with a trip back to his homeland of Switzerland, as well as another competitive meeting with brother and Basel midfielder Taulant Xhaka.

Both are in line to start a few months after they became the first siblings to meet in a European Championships during the summer tournament in France where Taulant represented Albania.

Basel are expected to name a similar side that started against Ludogorets, although they will be without defender Manuel Akanji and midfielder Kevin Bua.

This is the first competitive meeting between Arsenal and Basel.

Arsenal have won all four of their previous competitive encounters with Swiss clubs (eight goals scored, one conceded), their last coming in the 2005/06 Champions League group stages (2-1 and 1-0 v Thun).

Basel have lost only one of their 10 Champions League encounters with English clubs (W4 D5) – against Manchester Utd at home in November 2002 (1-3).

Basel are unbeaten away from home against English opposition in the Champions League (W1 D4).

Basel have never failed to score in their 10 Champions League games against English opposition.

Arsenal have lost three of their past 38 home games in the Champions League group stages, winning 29 and drawing six.

Arsenal have qualified for the Champions League for the 19th consecutive season, only Real Madrid (20) can boast a longer current streak.

Arsenal have made it past the group stages in the past 13 seasons but have been knocked out at the last-16 stage in the past six campaigns. Their solitary Champions League final ended in defeat against Barcelona in 2006.

Seven of the past eight Champions League goals scored by Arsenal have been converted by either Alexis Sanchez (four) or Olivier Giroud (three).