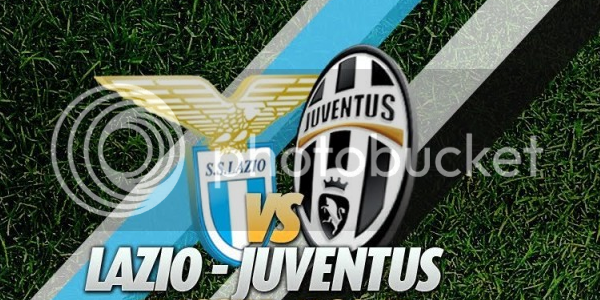 Juventus midfielder Claudio Marchisio is wary of a backlash from struggling Lazio when Massimiliano Allegri‘s team travel to the Stadio Olimpico on Friday.

Since losing 1-0 at Sassuolo at the end of October, Juventus have won five matches in a six-game unbeaten run across all competitions.

The return to form has helped the defending champions claw their way back up the Serie A table to fifth, seven points shy of Napoli, who replaced Inter at the summit with a 2-1 win over Roberto Mancini’s side on Monday.

Lazio are only five points worse off in 10th, but their form has collapsed over recent weeks.

Europa League wins over Rosenborg and Dnipro have disguised an alarming slide which has seen Lazio collect one point from their past five matches in the league.

“When a team goes through difficult moments, they will try to bounce back in a big game,” Marchisio told Sky Italia.

“But we are preparing well, we are confident.”

Marchisio has been heartened by Juve’s recovery from winning only one of their opening six Serie A games this term and he believes there is further improvement to come, with lifting a fifth successive Scudetto remaining a significant challenge.

“The recovery is not yet complete but the pride and commitment of the last month is perfect,” he said.

“We’re back and it will be more difficult than in past year to win the title. The departures during the close-season were incredible but the season is long and there are still a lot of matches to go.”

Marchisio could be joined in midfield on Friday by Sami Khedira after the Germany international returned to training following a thigh injury, although Paul Pogba is suspended.

Pioli believes his team are not earning just rewards for their performances and has backed his players to turn their fortunes around.

“The results are painful right now, but the performances in recent games are not,” he said.

“In this situation a coach has to work, motivate and choose the best way to get out of it. I believe in our work as a team.

“There’s a lot of disappointment, the results are negative and the table proves it, but we certainly want to emerge from this delicate moment.”

Lazio lost 2-0 to Juventus in the traditional season curtain raiser of the Supercoppa Italiana back in August, with Mario Mandzukic and Paulo Dybala scoring second-half goals.

The Juventus forward duo enter this latest meeting in high spirits – Mandzukic boasting three goals in his previous four matches, while Dybala has six goals and three assists to his name in Serie A this season.

Antonio Candreva is set to start for Lazio after his agent was forced to dismiss speculation that the Italy winger is set for a January move to Inter.

– Lazio have not won in Serie A against Juventus since December 2003: since then, there have been 15 wins for the Bianconeri and six draws.
– Juventus have failed to find the net only once over these last 21 games (0-0 in November 2012).
– Alessandro Matri, Juventus’ former player, has scored four goals in Serie A against the Bianconeri, though they all have come before his move to Juventus in January of 2011.
– Stefano Pioli has never beaten Juventus in his managing career: three draws and eight defeats across Serie A, Coppa Italia and Italian Supercup.